Pearland, TX is a burgeoning, exciting suburb of Houston that is growing at what many are calling a pretty amazing pace. In fact, a recent survey by WalletHub shows that Pearland is 26 of 30 in the top 30 fastest growing cities in the United States. Naturally, this is about economic activity, 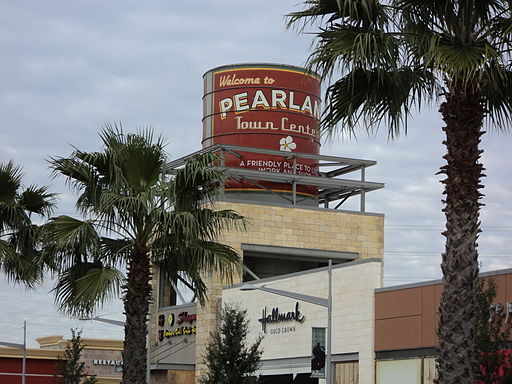 and access to jobs, which of course Houston has in spades. Plus,
Pearland is experiencing serious home appreciation, and the median home price in the area is already near $290,000. It’s an exciting part of Houston that will likely grow heavily over the next number of years as Houstonites move further from the city’s core and new Texans look for home values that they can afford.

Those folks that are fans of old school rollerskating may want to check out the classic Pearwood Skate Center, a blast from the past and classic venue offering lessons and open skating sessions. Families with children are going to love the large indoor adventure center known as Urban Air Trampoline and Adventure park on Sam Houston Parkway East. This place has trampolines of course, but also features climbing walls, rope course and a sky rider. Good fun for reasonable prices.

Those with more of an artistic bent may want to look into the Pearl Theater on Park Almeda Drive, a community theatre with some great local actors. If art is more your interest, Painting With A Twist on Broadway is a solid choice.

Folks that look more to golf to satiate their leisure time will want to check out one of the four Golf clubs in town, the Pearland Golf Club and Clear Creek Golf Club in the Northern Part of Pearland, the Golfcrest Country Club to the East or the Southwyck Golf Club to the south.

The Gulf, Colorado and Santa Fe Railroad Depot on Liberty is a little bit of a blast from the past for train enthusiasts, and features a few older cars. As of November 2020 there was a “Restore The Depot” campaign that aims to renovate the old station and take it to a higher level. The Old Settler’s Cemetery on State Highway 35 is a classic look at some of the original citizens of Pearland and is registered with a Texas Historical Marker. Finally, Zychlinski Park honors Wilhelm von Zychlinski, the Polish count who founded Pearland in 1894. It’s a worthy trip over there, for sure.

If you decide that a day’s shopping trip into Pearland is worth a go, you won’t go wrong stepping into Pearland Town Center, which offers a mall with over 140 individual retailers and restaurants. The mall is anchored by Dillards, a classic in the American department store realm, as well as Macy’s and there is also a Barnes & Noble. As with virtually every other American mall, there are also interesting places like GameStop, H&M and Kung Fu Tea, the latter being a Boba and Bubble Tea company.

Another shopping destination of note for hunters and fishers is of course the Bass Pro Shop, located at 1000 Bass Pro Drive. This store is more of a destination than a straight outdoor-equipment vendor, and contains large aquariums filled with live fish, museum quality wildlife mounts and an Indoor archery range. It’s a store that will entertain almost anyone, whether you like to hunt and fish or not.

Pearland citizens with a taste for antiques will want to check out Cole’s Flea Market, a weekend market that boasts over 1300 local vendors at both indoor and outdoor booths. This market opened in 1968, and not only sports classic vintage items, but also a wide variety of delicious food including BBQ, pizza, ice cream, nachos and more. It’s a great stop on any weekend, and is open every Saturday and Sunday.

The Delores Fenwick Nature Center is the outdoor enthusiasts crown jewel in Pearland, boasting 1.7 miles of natural trails with interpretive signage. This place is a key environmental education facility, and there is plenty to see for birders and wildlife enthusiasts, including a freshwater, native fish aquarium, line and pole fishing and an outdoor pavillion with picnic tables. It’s a great spot to relax and learn about Pearland’s great natural assets.

Centennial Park on McLean is a nicely appointed park with a decent playground for the kids and also offers a disc golf course for those interested. It is large enough to offer an off-leash dog area, which is perfect for dogs that like to run around and play with other canines.

The Shadow Creek Ranch Nature Trail offers great birding, an beautiful views for people that like to photograph and walk amongst nature. While not a massive park, it does offer excellent walks on paved trails throughout the area.

The Trail at John Hargrove Environmental Complex is well known for its scenic looks and great opportunities for birders and wildlife enthusiasts to see nature’s creatures up close and personal. During cooler months, American White Pelicans can be seen for a short period, and are definitely worth the trip.

Restaurants And Dining Out In Pearland

So it’s obvious. Pearland is in Texas. And Texans LOVE to eat. Everything is big in Texas, as they say. So dining out in Pearland is fairly full-fledged, with almost every kind of food you can imagine represented here in South Texas. And since we’re talking Texas, we would be severely remiss if we didn’t mention BBQ, or Barbecue for those folks not from here. A key highlight here has got to be Killen’s Barbecue, located on East Broadway. This place lets you order meats by the pound, and includes Pork Ribs, Pork Belly Ends, Turkey, Lean Brisket, Beef Ribs and so much more. It’s a meat attack, so if you’re looking for healthy food, please look elsewhere! Secondarily, but not second choice or quality is Central Texas Style Barbecue on Broadway, which has been around since 1969 and clearly is a favorite amongst local diners.

Gringo’s Mexican Kitchen in Pearland Town Center does offer classic Tex Mex food, and it helps that it’s located right next to the town mall. A variety of NOT SMALL combination plates as well as Tex Mex favorites are on the menu, and this is a chain that is located throughout Texas, so if you try it in Pearland, it will likely be similar at its other locations surrounding Houston. Less of a chain is Jimmy Changas on Business Center Drive, and is a locals go to spot for tasty, affordable Tex-Mex.

Grazia Italian Kitchen is a pretty relaxed Italian spot, with wood fired pizza and a relaxed patio. It’s a solid choice for a date or meeting, and features Fresh Gulf Seafood.

Takumi Sushi is one of the few Sushi offerings in the Pearland proper area, but they do have some quality items and are a great choice when you’d like that fresh, raw taste and textures of quality sushi.

Finally, if you’re looking for Seafood particularly, you won’t go wrong with Steamboat BIll’s in Pearland, a classic spacious restaurant with pool tables and live music regularly featured. These guys do crawfish, gumbo and a variety of southern style fried fish dishes and feature a fun, friendly environment where you can eat and have an alcoholic beverage.

Air Check Mechanical Service is located less than a mile from Pearland, and is thus in a great position to serve all in the Pearland area. Here is what a typical driving day might look like in Pearland!

We start at Air Check, and decide to drive over to the historic Pearl Theater.

Then, we’ll basically drive through the entire Pearland area to get a little park time at Centennial Park!

From there, it’s a good time for lunch, so let’s get authentic with Central Texas Style BBQ on Broadway.

From there, we’ll want to cruise down Broadway and get shopping in at Pearland Town Center.

and dinner at Steamboat Bill’s Pearland!

And then, of course, we end the day at Air Check Mechanical Service, Pearland’s best choice for AC repair and installation.

Your email address will not be published. Required fields are marked *

We offer 24/7 Emergency Service to all of our customers. You can always count on Air Check Mechanical Service to get to you fast and get the job done right the first time. We use state-of-the-art diagnostic equipment to find the source of your heating and air conditioning problems and fix them fast.

We offer 24/7 Emergency Service to all of our customers. You can always count on Air Check Mechanical Service to get to you fast and get the job done right the first time. We use state-of-the-art diagnostic equipment to find the source of your heating and air conditioning problems and fix them fast.